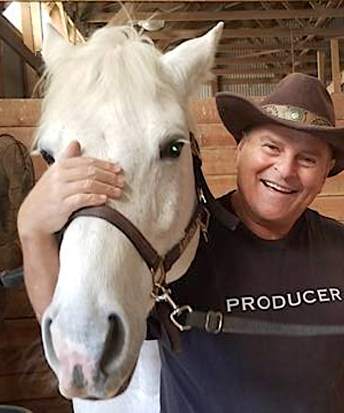 Will Hughes and Merlin

The demands of Covid forced the Columbia Fiction Foundry to seek new ways to hold workshops. The Alumni Center remains closed (since March 2020) and the fiction foundry has been holding its Wednesday and Saturday monthly workshops online via Zoom since the Pandemic first struck.

Here’s how the Virtual Fiction Foundry will work. Once writers sign up, they’ll have choices in terms of the way that they participate.

The first way, according to Hughes, who has an MFA in Writing from the School of Arts as well as a PhD in Communication (Quantitative Analysis), UMASS-Amherst, is to be paired with like-minded writers working in similar genres.

“While the CFF has historically focused on adult fiction, excluding a number of genres, we hope to eventually have small, virtual groups working on screenplays, memoirs, young adult fiction, etc. These groups are currently being organized as Mike DeRosa, Director of VFF, and I sort out who is working on what,” says Hughes, who spent a significant amount of time in his academic career in the area of online education, recently retiring as a Professor of Communication at Purdue.

“These groups will either hold scheduled virtual meetings in real time, like our Saturday and Wednesday workshops, or the groups will be able to share writing and comment on projects when they have the time,” says Hughes. “We’ve been using this kind of technology – sharing writing workspaces online – for two decades now.”

The third way for writers to participate is by sharing complete novels virtually. “One thing that we hear a lot in the workshops is continuity,” says Hughes. “People rarely have the complete novel before them in the monthly workshops. So this third option will give writers essentially a beta test of their completed work. People could leave comments using the writing share program or just read for their own pleasure.”

Hughes was asked about an exact release date for the Virtual Fiction Foundry.

“There are a lot of moving parts. At this point, we have a number of people signed up, and Mike and I are in the process of sorting out the groups. One of the things that I have learned working in the online milieu,” says Hughes, who is also a successful producer of scripted content on the web, “is operating with the principle of scale sort of looming over you like a ghost. We have to be prepared, before we launch, to be able to scale up to the demands of the audience. Today, there are about two dozen members signed up, but literally overnight that number could reach into the hundreds, if not more.

“It isn’t as far-fetched as it sounds. When I first got involved with the VFF about four years ago, there had been over 600 people who had articulated interest in participating. Sadly, those people had spent a decade basically without any news or progress. And, pragmatically, those folks are gone. But the numbers tell me we need to be fully prepared for that sort of influx of members.”

“I mean it’s 2022. You don’t need to leave your home to participate in a writing workshop, and with a few hundred thousand Columbia alums out there, six hundred or a thousand new members is not as crazy as it sounds. We need this thing to work correctly before we open the doors.”

“But this is the year, for sure. I can’t thank Tania Moore, Columbia Fiction Foundry President, and Mike DeRosa, Director of VFF, enough for all their help and support. This is going to be our year.”

STEVEN ROSENFELD’S SHORT STORY TO BE PUBLISHED IN FEBRUARY 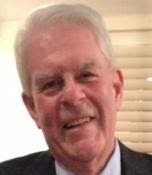 CFF member Steven B. Rosenfeld’s short story, “Separation,” written in 2018 and inspired by that year’s crisis at the Southwestern border, will appear in February 2022 in Vol. VII of the Short Story America Anthology. The story was a Finalist in the 2018 Short Story America Prize Contest. Steve’s most recent story, “Oarsman,” which was workshopped at CFF in 2021, will be published in the Spring 2022 issue of BLUELINE, the literary magazine of SUNY Potsdam.

Steve, a graduate of Columbia College (’64) and Columbia Law School (’67), is a retired NYC lawyer who began writing short fiction in 2015.

Since then, his work has appeared in The City Key, Jewish Fiction.net, Good Works Review, Flatbush Review, Reflex Fiction, Magnolia Review and Sunspot Literary Journal, among others. His flash fiction piece, “For the Rest of Our Lives,” won First Place in the 2018 Writer Advice Flash Fiction Contest. 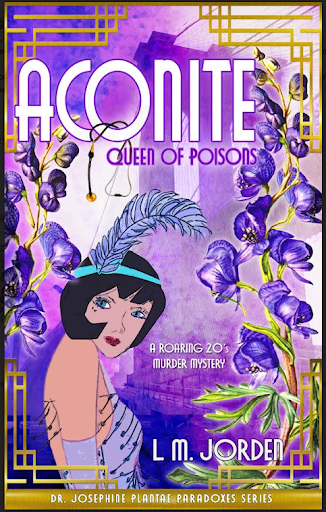 “Aconite has been selling well on Kindle Select and we've been selling printed copies at book fairs (last holiday season). Other authors and I cross-promote at book fairs here and in Germany, UK and France,” says Jorden, who has her Masters of Science degree from the Columbia Graduate School of Journalism.

L.M. Jorden, who is known to CFF members as Lorraine,  is an award-winning journalist, author and former professor who has lived on three continents. When not tending her garden, she writes on comparative societies for public health. Additionally, she has studied medicinal botany, which comes through in the five-volume Dr. Josephine Plantae Paradoxes series.

Jorden recently spoke about ACONITE and the self-publishing journey.

“My book's main character, Dr. Josephine, made a guest appearance on several blogs due to be out this February, talking about her life. These blogs were really fun to do for promotion,” says Jordan.

“I am self-published, because I took back the reins of Solis Mundi, which a British publisher had taken over for the past twenty years. He's retiring and can do very little promotion (except arranging the book fairs in the UK). So basically, I run the show in the US.”

“With blogs and opting to go with Kindle Select and Ingram Spark,” she says, “ It was fairly easy, and my book sells enough that I'm happy. I think a series like mine does better when several more books are available. At this point, I do very little promotion (except selling print copies at fairs, Kindle ebooks, and so on...) so I must do more word of mouth.”

Has the journey worked out well, she was asked?

“Overall, it's been really fun to hear from readers that they were emotionally involved with the main characters and enjoyed the book. Several gave me good ideas for the history in Books 2 and 3, so I'm busy writing more at the moment. I hope to have Belladonna, Murder at the Opera, finished in February.”

Got news? We are happy to share it. Email [email protected] with news about our members' publishing success.