The Scatter Here is Too Great 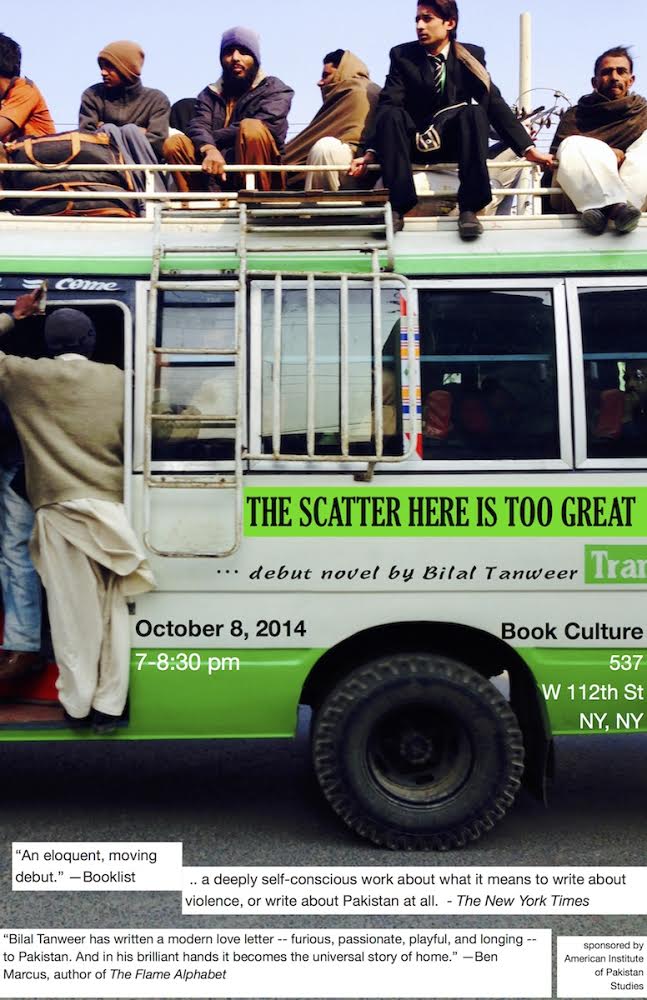 Bilal Tanweer, MFA 2010, will be presenting his debut novel The Scatter Here Is Too Great

Bilal Tanweer was born and raised in Karachi, Pakistan. His fiction, poetry, and translations have appeared in various international journals, including Granta, Vallum, The Caravan, and Words Without Borders. He was selected as a Granta New Voice in 2011 and was named an Honorary Fellow of the International Writing Program at the University of Iowa. He lives in Lahore, Pakistan.

His debut novel The Scatter Here Is Too Great has received wide praise in book reviews by The New York Times, The Guardian, Booklist and others. A vivid and intricate novel-in-stories, The Scatter Here Is Too Great explores the complicated lives of ordinary people whose fates unexpectedly converge after a deadly bomb blast at the Karachi train station: an old communist poet; his wealthy, middle-aged son; a young man caught in an unpleasant, dead-end job; a girl who spins engaging tales to conceal her heartbreak; and a grief-stricken writer, who struggles to make sense of this devastating tragedy.

Bilal Tanweer reveals the pain, loneliness, and longing of these characters and celebrates the power of the written word to heal lives and communities plagued by violence. Elegantly weaving together different voices into a striking portrait of a city and its people, The Scatter Here Is Too Great is a tale as vibrant and varied in its characters, passions, and idiosyncrasies as the city itself.