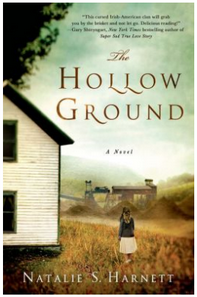 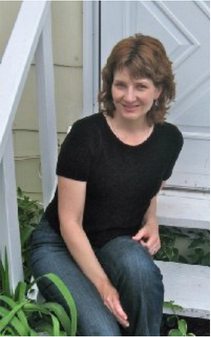 You’re going to be seeing a lot more of Natalie Harnett. With The Hollow Ground she has already established herself as one of America’s great young writers.  Contemporary fiction often features what the industry calls “high concept.” In addition to the writer’s other creative duties (exotic settings, larger than life characters, high stakes, etc) is writing something that matters. Ms. Harnett does everything well but where she swings for the fences in this novel is in its high concept. This concept is captured in a bit of the young protagonist’s interior monologue combined with an observation of her “Gram’s.”

“But comes a point when a person’s got to take ‘sponsibility for who they is, no matter what their parents done to them.”

This emerging awareness of personal responsibility in a young girl in the third dysfunctional generation of a hardscrabble coal-mining family is inspirational. She suffers greatly and thanks to Ms. Harnett’s skill we feel her pain. “Mostly it was easier living without Ma but that didn’t change the hurt me and Daddy felt.”

A great deal of the tension in the novel derives from the unsustainable acrimony between members of the girl’s extended family, forced by circumstances into prolonged close contact. The reader is thrust into successions of these uncomfortable situations and becomes strongly empathetic with the innocent protagonist. Things go from bad to worse for the girl, with nature conspiring along with human antagonists in the form of an inexorably encroaching underground fire. Because of Ms. Harnett’s craft, the reader, too, feels trapped between these literal hellfires and a compelling three generation family curse. Rarely has a protagonist’s future looked so pitifully bleak going into the final pages.

Don’t put anything on your calendar for the first hour or so after you finish this novel. It’s going to take a while to decompress.